What the fp is up? 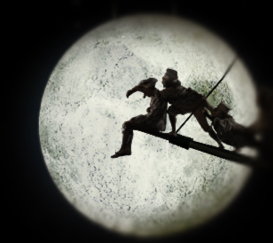 There have been folks wondering if I have delivered any Occupy diatribes, my post from the day/night of the General Strike having been quite a popular item from earlier in the month. However, the exigencies  of living in the quagmire that is the lot for many of us at the bottom of the %99 barrel, have forced me out of the streets and into a modicum of gainful employ. And I took Newt Gingrich’s advice and took a bath first –  He’s so smart! So I had to leave my other “pond scum” (as fascist, piggish graphic novelist – of RoboCop, Sin City and 300 fame – Frank Miller calls us) and earn something towards maintaining my status as swimmer in the sink or swim situation the world of their kind has the rest of us in. So, I have had little time lately among the ranks of those with whom I marched and met and sat before the camps were eradicated in what seems like a nationally coordinated police action. I have been working 12 hour days, driving a truck, lugging stuff around, playing a few gigs, hosting an event, and have had the pleasure to work again for the Tiger Lillies and Mark Holthusen in another video shoot (for the original music video for the same, go to my video evidence page and scroll all the way to the bottom), again playing the Mariner (and the albatross!) in video for projection in a live presentation of the TLs upcoming Rime of the Ancient Mariner double CD which is going to be premiered in Paris in 2012 – Rube Waddell provided backup vocals, and I some narration for that same CD! The photo at top of this blog and those from its link are from the shoot.

No, until I again have something to say, for news and views on the continuing Occupy movement, I encourage folks to go to the Oakland website and, among many others, there is our own Myles Boisen (who also happens to be the producer/engineer of the same Tiger Lillies album mentioned above!), who’s photo blogs and reportage have been following along. I plan to be out for the next big action of shutting down the entire West Coast on Dec. 12th ! Should be fun. Our revolution should be fun! Otherwise what are we fighting for?

But meanwhile I attempt to maintain my gossamer tethered hold on solvency and continue to question how I can expect to do so as an entertainer-artist in a culture/country/metropolis that seems to appreciate it and support it less and less! So I break my back and perform the tasks that others prefer not to do or don’t know how. So it goes. I have had a bit of time to churn out a few recordings which may be of interest to someone out there, or at least good for a larf!

I was involved in playing/recording some music with my good friend Theresa Wong for the good people of San Francisco’s The Jewish Theater and their recent production of In the Maze of Our Lives. It was a mix of Kurt Weill and some standards from 20s-30s era (click on ’em to play ’em):

And the classic       3. Moritat, from Threepenny Opera

Theresa played cello on the first two and keyboard on the Moritat. I am having at vocals, baritone horn, trumpet and tenor banjo. We recorded the original tracks in a slapdash session with Greg Kuhn. These were more or less outtakes from the sessions which provided other tunes for the production, so I just messed around with them some more at home as is my want.

Also outa the ol’ studio recently was a remix of my version of an old gospel tune that I provided for Emmy Award winning (and dear friend) Anna Fitch’s documentary on the building of a city-inspection-passed house in San Francisco made entirely out of garbage (I, myself, worked on the roof!) called Scraphouse:

4. Working on a building

Then there was this li’l ditty (which was mostly just an excuse to play with my FuzzGod pedal):       5. On the Roof which I actually did a while ago, but it’s just there. So there.

Oh, and I almost forgot! Who let this asshole into my studio?        6. Lullaby, rehearsal - Chaz Masters

Other called-out musical tidbits (if you have missed past posts) can be found here or, as always, for a complete jukebox of music on this site go here.

3 Responses to What the fp is up?