Well, a story of mine done got voted one of the best of 2014 at NOWHERE The war with the night

Still no Guffman, but made it to Broad Way after all! 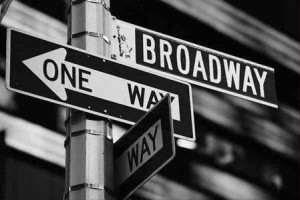 Well, by way of update and in response to a dear (and more successful, so therefor worthy of listening to!) friend’s advice to get myself out here more – actually, he said “you need a fucking agent” or something like that, but whatever;  I am hereby getting out to keep you abreast (or two) of the comings and goings of li’l ol’ fp:

Last year’s end had me performing in Greece and Turkey and writing and reading to accolades in New York as mentioned already here. Escaping the East Coast winter, I returned to my California studio and began working on some new music (drawing from film noir sountrack inspirations!) for a  theater project of hopeful  realization next Spring in New York. A quick hop back to NY, then Washington D.C. with The Pigeoning was chilly but good fun and well received. Then, after more work back in Cali., I headed over to Bavaria (no! Franconia! that’s an important distinction) in southern Germany for more Pigeoning fun at a wonderful theater festival there. After the impeccable goodness of the people, much beer, a massive whacky theme park “Authentic nudist” spa!, wondering through the night with very many happy and very polite AC/DC fans (who had also just played), and so much yummy Spargel, I headed up to Berlin to visits the peeps there. There was a little impromptu gigging for me, a lot of bicycle riding, a magnificent wedding in a Saxony castle full of fabulous luminaries of the Euro cabaret world, more Spargel and beer, and a general cool, yet warm, Berlin-ness that made it hard to leave. But leave I had to.

So, last evening, freshly back in New York, as I dudded myself up in my likewise freshly clean, white suit, I headed out in a just-arriving deluge with dear friend, collaborator and Pigeoning creatrix, Robin Frohardt, to Times Square to walk the red carpet into Town Hall for the 60th annual Drama Desk awards! For those not immersed in NY stage life, Drama Desk is the penultimate recognition just before the Tony Awards for all of New York theater (Broadway, off, and off-off. The Tonys are for Broadway only).

In the blinding glow of Times Square’s lights, with enough energy to power a small developing country, Robin and I did our best to strut among these well-established, fellow and familiar giants. We with our humble little puppet piece and its mute little man and his one-man-band accompanist, out with the kings, grand ensembles and chorus lines of Broadway! It was… it was something. Suits, stilettos and champagne!

Somehow my name was included (for the category of “Outstanding Music in a Play” for The Pigeoning) in a grand list of nominees that included Dame Helen Mirren, F. Murray Abraham, Sting, Lin-Manuel Miranda; actors, composers, choreographers,designers; and shows the likes of The King and I, An American in Paris, Hamilton, and others. Presenters included Laura Benanti and Joel Grey! Winners included the Dame Mirren, Lin-Manuel Miranda, Kristin Chenoweth. I myself was among F. Murray Abraham and Mr. Sting as notable losers! 🙂 I did not expect to win, mind you. Not at all. That would have been weird. When they mentioned my name along so many familiars (everyone in the theater knew everyone else, with hollers and ovations all around),….well, you couldn’t exactly hear a pin drop, but it certainly gave one pause. Freddi who? The Whatoning?? It is to be understood that it was an incredible and completely unexpected honor to be included!  After decades of waiting for Guffman, I finally made it to Broadway when I least expected it!

Not that it wasn’t deserved, mind you. There is no false modesty here, but genuine surprise. And I want to get across my extreme gratitude in conceding my loss of the Drama Desk award (to Arthur Solari & Jane Shaw for Tamburlaine the Great, by the way) and my being included as nominee as, in fact, a sign of the great success of this beautiful, little, charming show which came from the heart and eye of Robin Frohardt (and the phenomenal collaborative work of its fantastically talented cast!). Her vision and continued support and desire for my accompaniment in her efforts is the reason my name was up there, I assure you, and I am truly grateful! – Hey, it’s a loser’s speech! Or should I rather say, like Bozo the Clown, an almost winner‘s speech! Anyway, thank you so much Robin and Pigeoning crew for getting me, albeit unwittingly, to Broad Way!

There you have it. On I go. Look for some near future fun coming up….(Rube Waddell at Camp Tipsy, yo!!!)

Tagged with: Drama Desk • The Pigeoning

54 Responses to Still no Guffman, but made it to Broad Way after all!