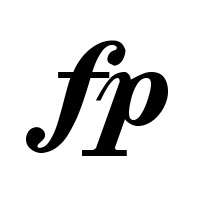 freddi price is a multi-disciplinary artist currently dividing his time between New York and the San Francisco area whose musical, performance, and design/construction based talents have had him variously quite busy for the last thirty years.

He has had his hands in many ensembles varying from brass bands, cabaret, theater, sketch comedy, puppet theater, soul bands, lounge acts, “new” and “experimental music, and film as well as providing skilled hands to the building of many large art projects.

As a multi-instrumentalist his endeavors have landed him performance and recording gigs with a number of the New York and Bay Area’s bright stars.  He has had his music, compositions, and voice feature in various film projects and is a well-loved collaborator and solo performer on the two coasts.

In the last 6 years, he has been particularly active:  performing  in the avant-music-theater project Necessary Monsters with Carla Kihlstedt in Chicago and San Francisco; as writer and performer in presenting two of his original puppet theater works at the Underground Zero festival in New York; composing the score for, as well as leading the live musical ensemble and starring in, the Last Night of the Barbary Coast theater production in San Francisco; beginning – with Robin Frohardt– the development of the current puppet theater success, the Pigeoning for which fp was nominated in the 2015 Drama Desk Awards – most outstanding music in a play, followed by his composing and on-stage performing the accompaniment to a 2016 stage adaptation of Paul Auster’s City of Glass at New York’s New Ohio Theater;  as well as  performing in his various onstage musical roles as lead singer/songwriter in  the 10-piece soul band, Lord Loves a Working Man , composer/leader of the small, energetic brass ensemble, Ad Hoc, nee As Is Brass Band, leader/singer/composer/multi-instrumentalist in Rube Waddell, and making regular appearances as a solo “singer/songwriter” in addition to being called on for various  sound design, acting, voiceover, and musical work .